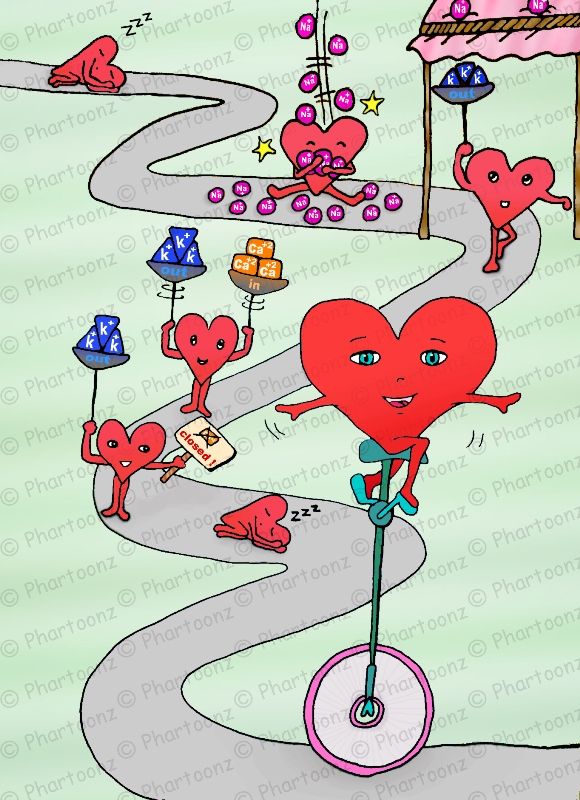 Phases of the Cardiac Cycle :

– This phase of action potential is associated with diastole of the chamber of the heart.

at that time , the inside is more negative than the outside & the cells are resting & ready to receive an electrical stimulus

– This phase is due to the opening of the fast Na+ channels causing  Na+ ions to Rush into the cells , increasing the positive charges inside the cells .


– the cells depolarize rapidly and begin to contract

– it is characterized by a sharp, tall upstroke of the action potential on the ECG chart .

– contraction is still in process

the Ca2+ channels close so no ca ions can no longer enter to the cells , while the K+ channels are still open so K+ can keep getting out of the cell .

This ensures a net outward current of positive charges , until the membrane is completely polarized ( more -ve inside & more +ve out side )

Hint : repolarization is complete by the end of phase 3 😉


after that , the Phases of the Cardiac Cycle are repeated with each electric shot fired from the Heart pacemakers .

Play with this animation cool animation  😎 , try to compare between the in&outflux on ions and the chart  :

the dark yellow channel is for Na+

the light yellow channel is for Ca+2

the red channels are for K+


– the cell has partially repolarized, so Only a very strong stimulus could cause a depolarization

– it is rare and not normal in a healthy heart . 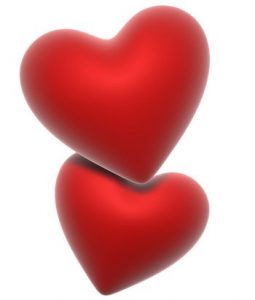 – Essentials of Human Physiology for Pharmacy

Phases of the Cardiac Cycle

Thanks for the info

It took me a long time to search on the net, only your site explain the fully details, bookmarked and thanks again.

This website uses cookies to improve your experience while you navigate through the website. Out of these, the cookies that are categorized as necessary are stored on your browser as they are essential for the working of basic functionalities of the website. We also use third-party cookies that help us analyze and understand how you use this website. These cookies will be stored in your browser only with your consent. You also have the option to opt-out of these cookies. But opting out of some of these cookies may affect your browsing experience.
Necessary Always Enabled
Necessary cookies are absolutely essential for the website to function properly. These cookies ensure basic functionalities and security features of the website, anonymously.
Functional
Functional cookies help to perform certain functionalities like sharing the content of the website on social media platforms, collect feedbacks, and other third-party features.
Performance
Performance cookies are used to understand and analyze the key performance indexes of the website which helps in delivering a better user experience for the visitors.
Analytics
Analytical cookies are used to understand how visitors interact with the website. These cookies help provide information on metrics the number of visitors, bounce rate, traffic source, etc.
Advertisement
Advertisement cookies are used to provide visitors with relevant ads and marketing campaigns. These cookies track visitors across websites and collect information to provide customized ads.
Others
Other uncategorized cookies are those that are being analyzed and have not been classified into a category as yet.
SAVE & ACCEPT
wpDiscuz
5
0
Would love your thoughts, please comment.x
()
x
| Reply