Psoriasis is a skin condition that causes patches of skin redness and flaking. Psoriasis is an autoimmune disorder that occurs more commonly in patients with a family history of the disease, and most often begins in people between the ages of 15 and 35. The most common form of psoriasis is plaque psoriasis, in which patients develop th 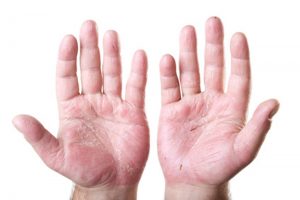 Siliq is intended for patients who are ready for systemic therapy or phototherapy (ultraviolet light treatment) and have failed to respond, or have stopped responding to other systemic therapies.

Brodalumab was originally co-developed by UK pharma  AstraZeneca  and US biotech Amgen via a 2012 partnership, which the latter withdrew from last year citing “events of SIB” that would likely lead to restrictive labeling.

AstraZeneca later licensed exclusive brodalumab rights to Valeant in an agreement that was recently amended, terminating the Canadian drugmaker’s rights to the therapy in Europe.