For example, a surgeon in a well established healthcare facility in X country, he always concerned about  patients coming with intra-abdominal infections. The management process of such infections requires antimicrobial therapy. The IDSA guidelines recommends a set of antibiotics that can be used for the treatment and to achieve complete microbiological eradication. The surgeon is allowed to use piperacillin/tazobactam without infectious disease revision and the result is? every single patient coming with intra-abdominal collections is treated with piperacillin/tazobactam unless the treatment failed for a reason or another or culture data released showing that the patient infection is resistance to piperacillin/tazobactam and an ID consultation is required putting the patient at risk of mortality and morbidity as well as longer hospital stays and for sure extra costs.

The previous example is a very common scenario that is being repeated with different classes of antibiotics and recently you must have read about a resistance strains of bacteria to almost every known antibiotics (PAN resistance) :

It is very important to read CDC report, they try to be optimistic and we have to but with caution, they reported the following:

Lets move to the reasons of Antimicrobial Resistance:

So, to avoid antibiotic resistance it is crucial for every healthcare professional who allowed to prescribe antibiotics to NOT prescribe unless there is a real need and to monitor the local antibiogram data to get a general idea how antibiotics work in the treatment settings, and what are the resistance patterns to different classes of antibiotics. 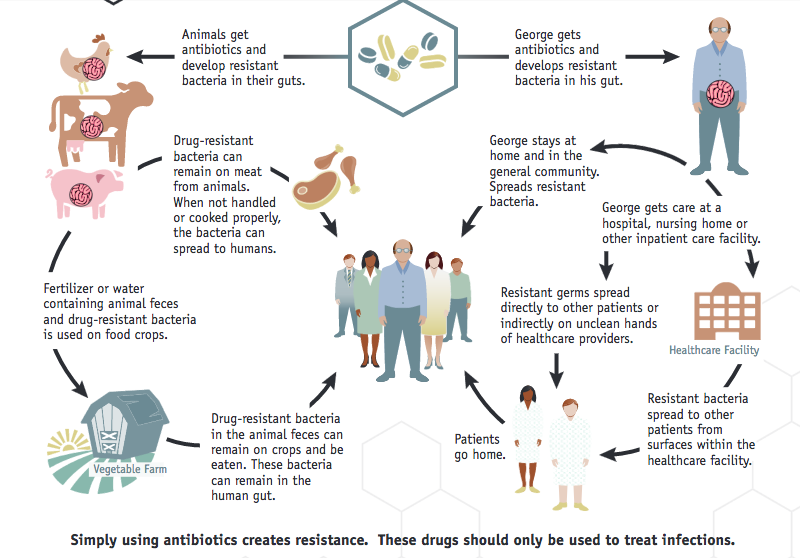