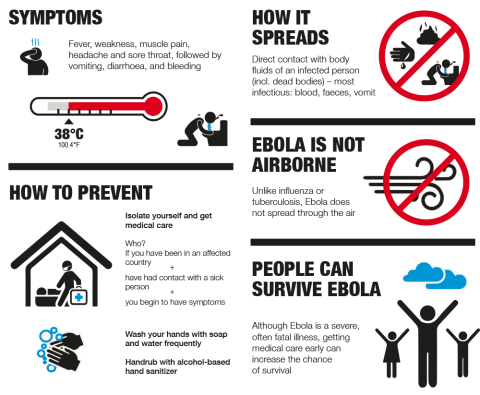 In the week of 22 Feb 2015, another 99 cases of deadly Ebola infection ( Ebola hemorrhagic fever ), reported in Africa by 3 countries :

Within the healthcare community , 3 health workers had infected with the deadly virus . In these countries , according to WHO reports and statics there is 23 694 cases of Ebola which are confirmed , probable & suspected infections including 9589 cases of death.

Up to date there is no any authorized and licensed vaccination to fight #Ebola outbreak , but two companies are working on that.

Recently  a 15 minutes test  was released by by Corgenix , which is less accurate than current PCR test but at least is more faster with less time consuming for detecting the infection.

To read more about Ebola, another infograph HERE.